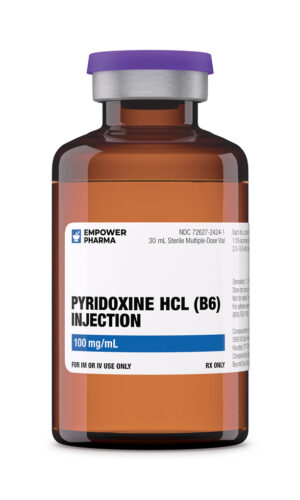 Pyridoxine is a form of vitamin B6 – a water-soluble vitamin. Pyridoxine hydrochloride is the stable salt form of pyridoxine.Pyridoxine Hydrochloride Injection, USP. https://dailymed.nlm.nih.gov/dailymed/fda/fdaDrugXsl.cfm?setid=a56d11c0-b033-4201-85ff-fc710506481a&type=display.  Pyridoxine hydrochloride injection is prescribed when oral administration is not feasible, e.g., in case of gastric malabsorption syndromes, and pre-operative and post-operative conditions requiring parenteral nutrition.

Pyridoxine, or vitamin B6, is a naturally occurring vitamin found in food such as cereal grains, legumes, vegetables, liver, meat, and eggs. Pyridoxine is used to treat and prevent vitamin B6 deficiency; to prevent or treat toxicity from isoniazid, cycloserine, or hydralazine; and to treat sideroblastic anemia associated with elevated serum iron levels. It also has been used in pyridoxine-dependent neonates to treat seizures that are unresponsive to conventional therapy and in patients with metabolic disorders such as xanthurenic aciduria, primary hyperoxaluria, primary cystathioninuria, and primary homocystinuria. Pyridoxine hydrochloride has been commercially available since approval by the FDA in 1940.

Inside the body, pyridoxine is converted into its active form, the coenzyme pyridoxal 5’-phosphate. Pyridoxal 5’-phosphate is a versatile coenzyme participating in over 100 biochemical reactions mediating protein, carbohydrate, and lipid metabolism.Spinneker, A. et al. Vitamin B6 status, deficiency and its consequences – An overview. Nutricion Hospitalaria (2007).  It is crucial for the production of neurotransmitters, including dopamine, serotonin, norepinephrine, and GABA. It is also involved in regulating steroid hormone receptors and modulating the affinity of hemoglobin for oxygen.

Since humans lack the enzymes required for vitamin B6 (and pyridoxine) biosynthesis, it is an essential nutrient that needs to be procured through the diet. Dietary sources rich in vitamin B6 are fish, liver and other organ meats, potatoes and other starchy vegetables, and non-citrus fruits.3 Isolated vitamin B6 deficiency due to inadequate dietary intake is rare. Deficiency of vitamin B6 may occur in individuals with impaired renal function, genetic or autoimmune disorders, high alcohol intake, and with prolonged use of drugs including isoniazid, cycloserine, anti-epileptics, and oral contraceptives.Vitamin B6 – Health Professional Fact Sheet. https://ods.od.nih.gov/factsheets/VitaminB6-HealthProfessional/#h3. Wilson, S. M., Bivins, B. N., Russell, K. A. & Bailey, L. B. Oral contraceptive use: impact on folate, vitamin B 6 , and vitamin B 12 statusn ure_419 572..583. (2011) doi:10.1111/j.1753-4887.2011.00419.x. Abosamak, N. E. R. & Gupta, V. Vitamin B6 (Pyridoxine). (2020).  In individuals with rheumatoid arthritis and inflammatory bowel disease, inflammatory cytokines cause low vitamin B6 levels, with greater deficiency associated with higher disease severity. People with celiac disease and other malabsorptive autoimmune disorders have vitamin B6 deficiency due to consuming a gluten-free diet low in essential vitamins.Hallert, C. et al. Evidence of poor vitamin status in coeliac patients on a gluten-free diet for 10 years. Aliment. Pharmacol. Ther. 16, 1333–1339 (2002).  In people with alcohol dependence, the acetaldehyde produced from alcohol competes with the active form of pyridoxine for protein binding. Unbound pyridoxal 5’-phosphate – the active coenzyme form of pyridoxine – is rapidly hydrolyzed, resulting in vitamin B6 deficiency with high alcohol intake.Veitch, R. L., Lumeng, L. & Li, T. K. Vitamin B6 metabolism in chronic alcohol abuse. The effect of ethanol oxidation on hepatic pyridoxal 5’ phosphate metabolism. J. Clin. Invest. 55, 1026–1032 (1975).  Drugs like isoniazid and cycloserine interfere with enzymes that convert pyridoxine into pyridoxal-5-phosphate or enhance the catabolism and excretion of pyridoxine, resulting in vitamin B6 deficiency with prolonged use.Spinneker, A. et al. Vitamin B6 status, deficiency and its consequences – An overview. Nutricion Hospitalaria (2007). Vitamin B6 – Health Professional Fact Sheet. https://ods.od.nih.gov/factsheets/VitaminB6-HealthProfessional/#h3.

Vitamin B6 deficiency may produce symptoms such as electroencephalogram abnormalities, seizures, peripheral neuropathy, depression, confusion, dermatitis with scaling lips and cracks at the corners of the mouth, glossitis, microcytic anemia, and a weakened immune system.Vitamin B6 – Health Professional Fact Sheet. https://ods.od.nih.gov/factsheets/VitaminB6-HealthProfessional/#h3.  Low levels of vitamin B6 are associated with an increased risk of cardiovascular disorders, cognitive impairment, and certain types of cancer.Spinneker, A. et al. Vitamin B6 status, deficiency and its consequences – An overview. Nutricion Hospitalaria (2007). Vitamin B6 – Health Professional Fact Sheet. https://ods.od.nih.gov/factsheets/VitaminB6-HealthProfessional/#h3.  However, more evidence is needed to conclusively demonstrate whether vitamin B6 supplementation reduces the risk or severity of these conditions.

This medication is contraindicated in individuals with hypersensitivity to pyridoxine or any inactive ingredients in the parenteral formulation.

Parenteral pyridoxine solutions contain varying concentrations of aluminum. Patients with renal impairment, especially as seen in premature neonates, are at risk of aluminum accumulation which may result in toxicity. Limit intravenous pyridoxine therapy and consider the cumulative aluminum content among all therapies under administration in patients with renal impairment. It is noted that 4—5 mcg/kg/day of IV aluminum leads to accumulation at concentrations associated with CNS and bone toxicity; further, aluminum tissue loading is possible at lesser, but undefined, daily administration rates.Pyridoxine hydrochloride injection, USP package insert. Schaumburg, IL: American Pharmaceutical Partners; 2008 April.  Aluminum concentration in parenteral solutions can be obtained by direct manufacturer inquiry.

Pyridoxine may reduce the efficacy of levodopa by accelerating its metabolism. However, it may be used concurrently in patients receiving combination carbidopa and levodopa therapy.Mars, H. Levodopa, Carbidopa, and Pyridoxine in Parkinson Disease: Metabolic Interactions. Arch. Neurol. 30, 444–447 (1974).  Pyridoxine may also inhibit the effectiveness or duration of action of altretamine, barbiturates, and anticonvulsant medications.Vitamin B-6 – Mayo Clinic. https://www.mayoclinic.org/drugs-supplements-vitamin-b6/art-20363468.

The requirement for vitamin B6 increases during pregnancy and lactation. The use of vitamin B6 supplements to reduce nausea and vomiting in pregnant women has yielded mixed results. Two randomized controlled trials reported that 30 to 75 mg oral pyridoxine per day significantly reduced nausea in pregnant women.Sahakian, V., Rouse, D., Sipes, S., Rose, N. & Niebyl, J. Vitamin B6 is effective therapy for nausea and vomiting of pregnancy: A randomized, double-blind placebo-controlled study. Obstet. Gynecol. 78, 33–36 (1991). Vutyavanich, T., Wongtra-ngan, S. & Ruangsri, R. aroon. Pyridoxine for nausea and vomiting of pregnancy: A randomized, double-blind, placebo-controlled trial. Am. J. Obstet. Gynecol. 173, 881–884 (1995).  However, a systematic review of 27 studies found limited evidence to support the benefits of pyridoxine for treating morning sickness.Matthews, A., Haas, D. M., O’Mathúna, D. P., Dowswell, T. & Doyle, M. Interventions for nausea and vomiting in early pregnancy. Cochrane Database of Systematic Reviews vol. 2014 (2014).  Greater benefits have been observed with an oral combination of vitamin B6 and doxylamine. Nonetheless, the American Congress of Obstetrics and Gynecology recommends starting with a daily dose of 10 to 25 mg of pyridoxine three to four times a day, and only adding doxylamine if monotherapy fails to confer any benefits.ACOG Practice Bulletin #52: Nausea and Vomiting of Pregnancy. Obstet. Gynecol. (2004) doi:10.1097/00006250-200404000-00045.

Pyridoxine is excreted in human milk. Appropriate maternal intake of pyridoxine (vitamin B6) is important during lactation, and no problems have been identified with maternal supplementation to achieve adequate intake goals during breastfeeding. The American Academy of Pediatrics (AAP) has considered the use of pyridoxine compatible with breastfeeding.American Academy of Pediatrics (AAP) Committee on Drugs. Transfer of drugs and other chemicals into human milk. Pediatrics 2001;108:776-89. Consider the benefits of breastfeeding, the risk of potential infant drug exposure, and the risk of an untreated or inadequately treated condition. If a breastfeeding infant experiences an adverse effect related to a maternally administered drug, healthcare providers are encouraged to report the adverse effect to the FDA.

Whether high doses of pyridoxine are effective in suppressing post-partum lactation has been tested. A systematic review of seven studies administered 450 to 600 mg pyridoxine orally for up to a week found the evidence inconclusive.AlSaad, D. et al. Is pyridoxine effective and safe for post-partum lactation inhibition? A systematic review. Journal of Clinical Pharmacy and Therapeutics vol. 42 373–382 (2017).  Studies assessing pyridoxine safety found no untoward side effects. Pyridoxine levels in breast milk are associated with maternal pyridoxine intake. Pyridoxine supplementation during the first trimester of pregnancy was not associated with teratogenic effects in neonates.Shrim, A. et al. Pregnancy outcome following use of large doses of vitamin B6 in the first trimester. J. Obstet. Gynaecol. (Lahore). 26, 749–751 (2006).

A transient worsening of metabolic acidosis, which is frequently present in patients with seizures, may occur after rapid infusion of large pyridoxine doses. Pyridoxine injection is acidic (pH 2—3.8). In a randomized, controlled crossover trial of 5 adult patients, 5000 mg of pyridoxine administered over 5 minutes induced a significant but transient increase in the base deficit; mean maximal increase in base deficit was 2.74 mEq/L at 3 minutes after infusion. Resolution occurred 30 minutes after the infusion.Pyridoxine hydrochloride injection, USP package insert. Schaumburg, IL: American Pharmaceutical Partners; 2008 April. [53489] 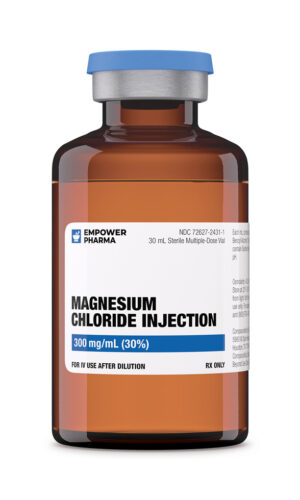 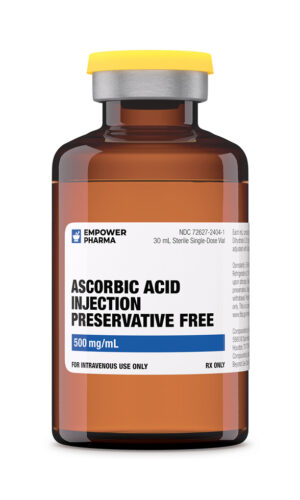 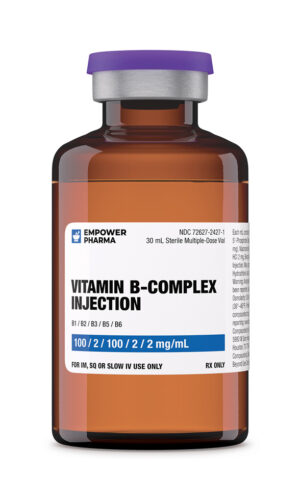 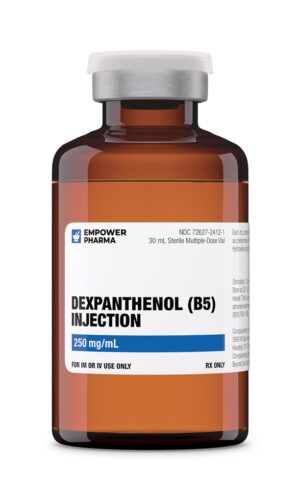 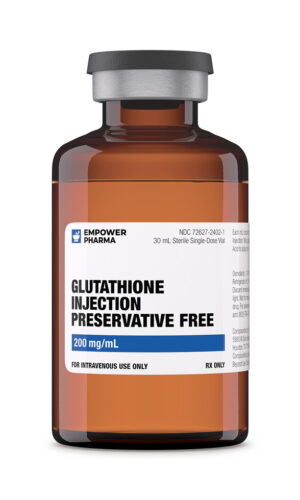 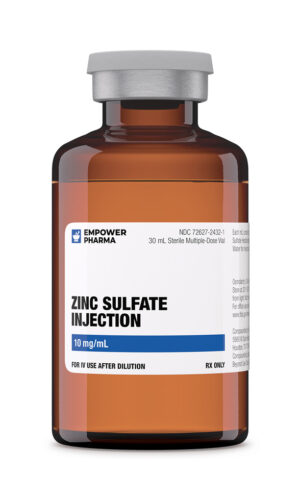 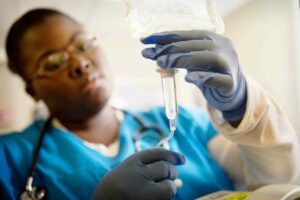 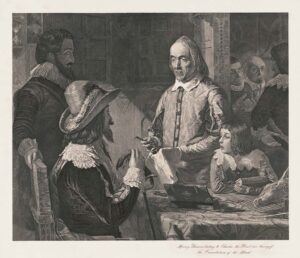 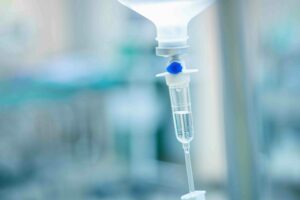